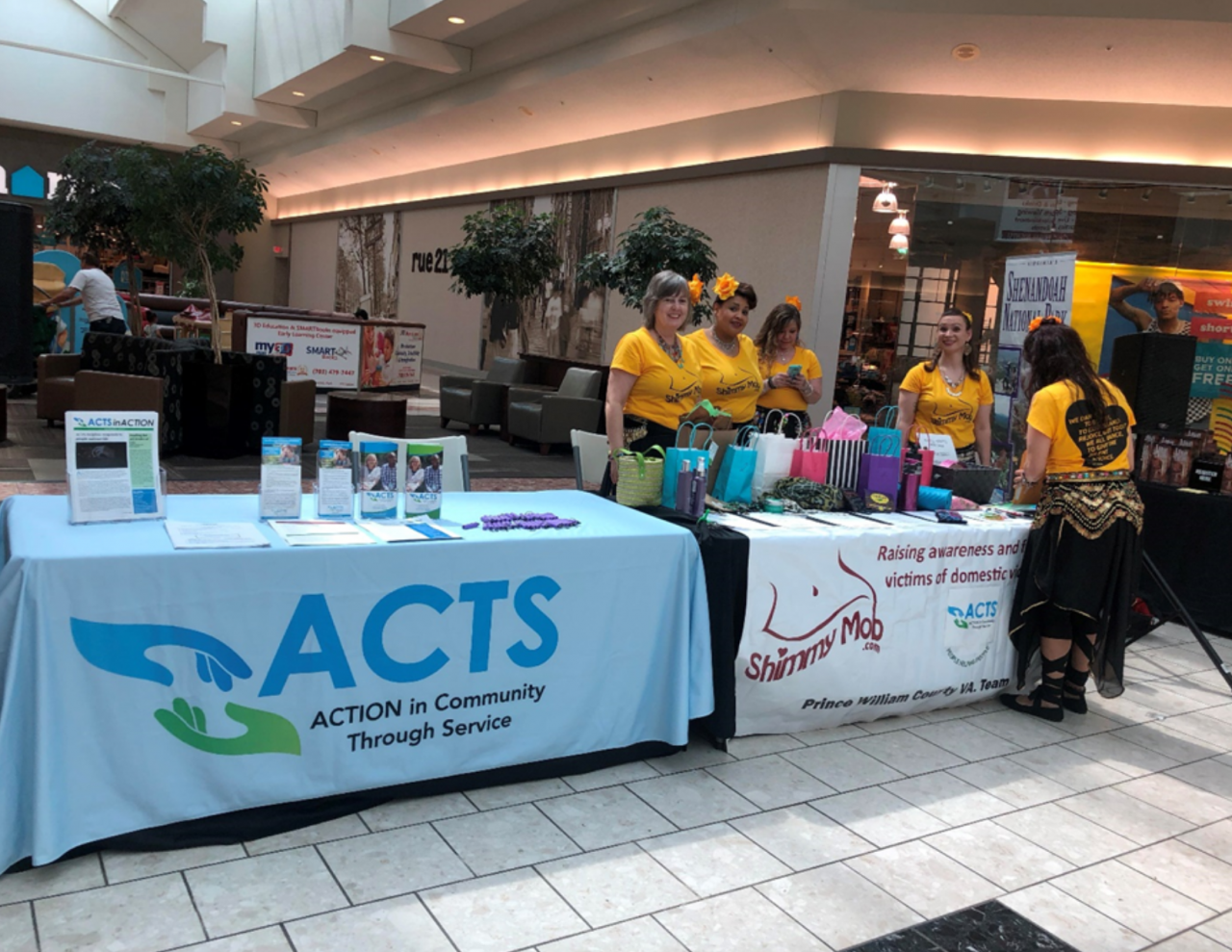 In May, ACTS Domestic Violence Services took part in the world’s largest international belly dance event – the Shimmy Mob! Created to raise awareness about domestic violence, the Shimmy Mob celebrates world Belly Dance day by joining groups across the globe in dance performances designed to raise funds for shelters and victims of abuse. On May 12, patrons of the Manassas Mall were treated to a performance by the Prince William Troupe that included all styles of Belly Dance, and a short show full of fun and variety.

Tina Bauch, Team Leader for Shimmy Mob Prince William 2018, said that each year her dance troupe participates in the Shimmy Mob, along with groups across the country. One of their goals is to break the record for flash mob Belly Dancing, which they do each year. On the same day, having the same goals, troupes unite by dancing the same song, using the same choreography, and wearing the same T-shirt, all in order to raise awareness about domestic violence.

A lot of work goes into the Shimmy Mob each year, says Bauch. Her Prince William Troupe not only performed at the Manassas Mall, they also hosted a Dance-a-Palooza at the OneLife Fitness in Gainesville. Behind the scenes the dancers sponsored a silent auction and organized fundraising, all to support the work of ACTS Domestic Violence Services and our Safe House.

One Shimmy Mob participant this year was Dotty Larson, Director for ACTS Domestic Violence Services. She said of the event, “This is by far my favorite outreach event of the year. Not only do I get to talk to people who are committed to ending Domestic Violence in Prince William County, but I get to have fun and learn a little bit about how to belly dance, too.”

More posts from author
Thursday, 16 November 2017 Celebrate Domestic Violence Awareness Month?!
Comment for this post has been locked by admin.