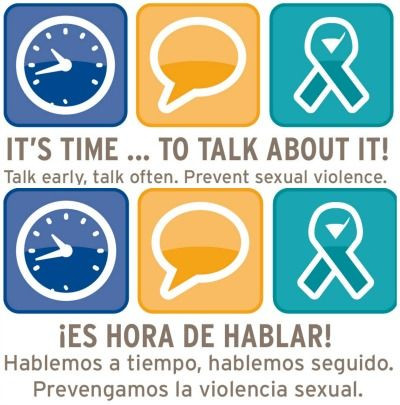 Every 73 seconds someone in the US is sexually assaulted. Sexual violence can take many forms, and crosses all gender, racial, and socioeconomic lines. Sexual violence can include any unwanted sexual contact, “ranging from sexist attitudes and actions to rape… [it] can include words and actions…force, threats and manipulation” (National Sexual Violence Resource Center, 2021). Sexual violence can also have long lasting impacts on mental, emotional, and even physical well-being. It is a pervasive problem that transcends individuals and impacts entire communities.

In 2013, ACTS welcomed SAVAS, now known as Sexual Assault Services, into its many programs and community advocacy efforts. Since then, ACTS Sexual Assault Services has worked with survivors through individual and group support, hospital and court accompaniments, community education, and a 24/7 sexual assault hotline. Each April, ACTS participates in SAAM through outreach and advocacy efforts, community education, and social media campaigns. There is still much to be done to support survivors and increase prevention efforts in the community. In honor of the tenth anniversary of SAAM’s first social media campaign, it’s still time.

Prevention strategies can take many forms, but exist in all areas where we work, go to school, or gather with friends. As individuals, we can promote values and beliefs that support safety, respect, and equality. We can support attitudes and actions that challenge myths of sexual assault and violence, and support survivors by elevating their voices. “Many people are working to erase the silence and shame that keep sexual violence hidden and are working in their communities to create positive social norms and policies that promote equity and safety” (National Sexual Violence Resource Center, 2021).

Further, we can practice prevention by speaking up. If a friend or colleague makes an inappropriate or crude comment, we can challenge it. We can promote safety and respect through our actions, and we can share the information we learn to help promote supportive attitudes. We can model compassion and respectful attitudes through our everyday interactions with others.

We can educate others and ourselves on the prevalence of sexual assault, and challenge myths and victim-blaming attitudes. One in every six women, and one in every thirty-three men, in the US will experience an attempted or completed rape in their lifetime (RAINN, 2021). Prevalence of sexual violence in LGBTQ+ communities and historically marginalized communities can be greater and often intersect with additional or unseen barriers.

Sexual violence, much like other forms of violence, is about power and control over another person. It is not an act of lust, or inability to control one’s sexual desires. It is about violating another person using power and control. Victim blaming and shaming cultivate rape-supportive attitudes that excuse an abuser’s actions. If someone you know confides in you that they have been sexually assaulted, your response matters. Attitudes and beliefs that perpetuate victim blaming can cause significant emotional harm to a survivor. You can offer support, listen, let the survivor know you believe them, and that it’s not their fault.

RAINN. 2021. Scope of the problem. https://rainn.org/statistics/scope-problem

No comments made yet. Be the first to submit a comment