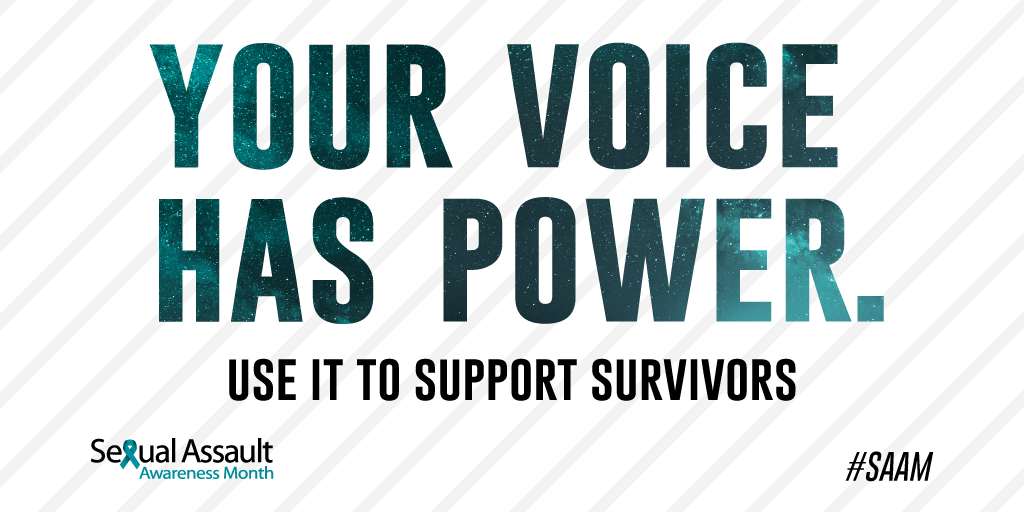 That’s how women described listening to the Senate Judiciary Committee hearing, where Dr. Christine Blasey Ford testified that Supreme Court nominee (now Justice) Brett M. Kavanaugh had sexually assaulted her when they were both in high school. Dr. Blasey’s story triggered strong emotional reactions of fear, shame, shock, anger and worry – common feelings when survivors are made to remember something bad that happened to them in the past. Triggers can be physical too; chemicals and hormones released in the body during a traumatic experience can also be released when the experience is remembered.

It should come as no surprise that The Rape, Abuse & Incest National Network (RAINN) reported a 201 percent spike in calls the day Dr. Blasey testified as well as “unprecedented wait times” for its online chat. Their Crisis Text Line, which provides crisis intervention, saw the numbers of people reaching out with stories of sexual abuse double in October 2017, when the #MeToo movement began. The organization says it’s the highest number of sexual abuse reports they have seen since the since the 2016 election.

Deciding if and when to share your story of sexual assault is very personal. And there are many reasons why it takes years and years for someone to speak out. Below is the story of an ACTS Sexual Assault Volunteer who decided, during the Kavanaugh hearings, that enough-is-enough.

I've been on this earth for 44 years and I feel I have lived a pretty fulfilling life. My family and friends as well as schooling, military service, community service, career, hobbies, and travels have all shaped the person I have become. I like to believe I turned out to be a decent human being, one with strong convictions, compassion, and a desire to keep learning. During the course of this journey, I have learned that nearly every human being will face obstacles in their lifetime. Some are small and others are profound. Some experiences we can laugh about and others we are either too scared or ashamed to share. When someone I meet has had the courage to share their deepest, darkest secrets, I try to understand and empathize with their pain. As a result, I often find myself doing everything in my power to help others in need or who face adversity.

One of the ways I spend my time is serving as a volunteer in the community and military as a volunteer Sexual Assault Victim Advocate. I was inspired two decades ago by a Zambian woman who was sponsored by an organization I once worked for. This woman, who lived in my home for six weeks, shared her life story with me. She never finished eighth grade and had been raped several times beginning from a young age up to and including when she was married and had children. Rape was commonplace in her village--as was poverty and HIV. Despite it all, she did everything to in her power to protect and empower other women and girls in her village and she did everything with a smile. This woman, who endured so many obstacles, has served as one of my greatest inspirations in life. I write this post in the hopes that more people show support to the victims who are courageous enough to come forward and share their stories.

If you ask why people don't share their stories or report their sexual harassment, assaults, and rapes to law enforcement, you should know that throughout history victims were often ridiculed or shamed. It was not uncommon for victims to be retaliated against. Some victims have even faced torture and murder after making a claim. I am writing this post to say that I am proud to support the #MeToo movement both as a (decent) human being and as a survivor. Yes, you read that right. I am one of those statistics. Although I have never openly shared my experiences, I am making a commitment to myself today to change that. I am tired of being silent. I am tired of keeping these stories bottled up. I am tired of retreating when I have a bad day because of a flashback or trigger. I am tired of society trying to smear/shame victims. I am tired of those who joke about sexual violence. I am tired about this epidemic continuing to plague society.

I am ready to move forward. I am ready to lend my voice and my stories. I will also be your biggest advocate if you are courageous enough to join me in this journey and/or wish to share your stories. I am just one person on this planet but perhaps together we can make a positive difference in our communities and do something to stop the pain.

ACTS is closely monitoring the rapidly changing situation of COVID-19 as it affects our community.  As an important source of services for those in crisis, we have every intention of continuing our mission especially in times of uncertainty. We are doing our best to minimize risk to our staff and clients and have made some decisions that affect how we provide services in order to ensure your safety.

Important Changes to Our Hours

Emergency Assistance:  Per the Governor’s declaration, utilities will not be disconnected.  However, if you have a past due amount, we may be able to assist you.  Please make an appointment on our website by selecting Emergency Assistance from the Services menu and following the prompts, or email us: This email address is being protected from spambots. You need JavaScript enabled to view it.