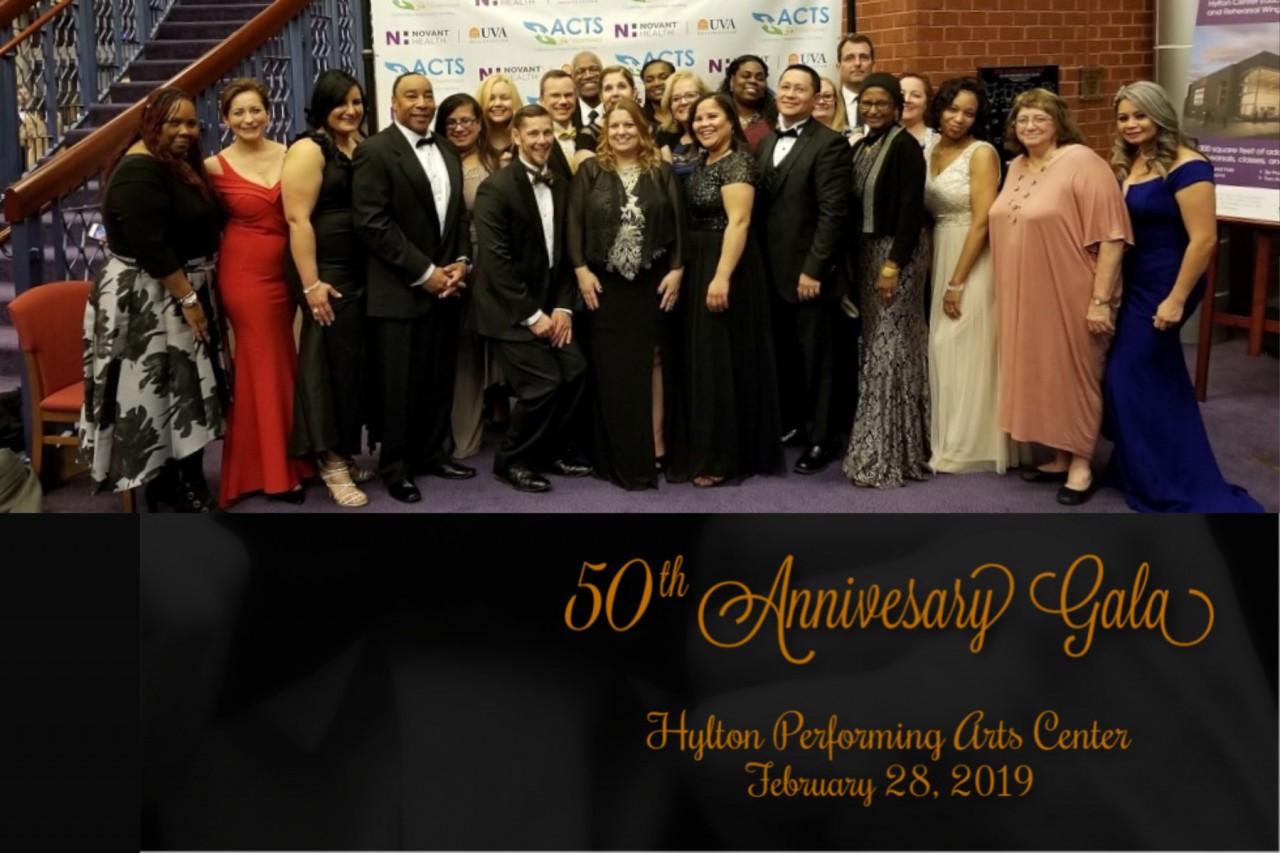 ACTS Staff at the Gala

Action in Community Through Service (ACTS), a Dumfries-based non-profit, celebrated 50 years of service in Prince William with a 50th Anniversary Gala event held on Feb. 28 at the Hylton Performing Arts Center. Local officials, partners, donors, volunteers, and staff celebrated the past, present and future of an organization that contributes in so many ways to the community.

Created in 1969 after 13 churches came together to help a family whose house had burned down, today ACTS provides assistance to thousands of families in crisis in Prince William, Manassas and Manassas Park. In 2018 alone, ACTS assisted nearly 80,000 individuals in crises, providing food to over 700 families a month, nearly $300,000 in utility assistance and taking 40,000 calls through their Helpline. ACTS also helps people with housing assistance, those dealing with domestic violence and sexual assault, as well as offering items through their thrift store.

“It was exciting and humbling to really see the support from the community for the work we do,” said Steven Liga, chief executive officer of ACTS. “We are not just your normal charity looking for donations, we want people to know that if they invest their money in ACTS, their return will be safer, healthier and more stable lives for their neighbors,” Liga said.

The event included video recordings from some of ACTS very early volunteers from the 1970s, commentary from current staff members and clients and, of course, a little taste of what is coming in the near future.

Awards were also presented to five long-term community partners including:

The gala raised over $230,000, making it the largest fundraiser in ACTS history, demonstrating this region is committed to investing in ACTS’ vision to create a ‘community where no one goes without or suffers alone.’

For more information on donating to ACTS, please visit actspwc.org

Olivia Overman (This email address is being protected from spambots. You need JavaScript enabled to view it.) is a freelance writer for both online and print organizations. She earned a M.A. in Journalism and Public Affairs from American University, Washington, D.C.